Local newspaper titles from across the north of England have united in calling for immediate improvement to rail services after the region endured weeks of chaos caused by thousands of cancellations to train services.

Northern newspaper front pages this morning. Am told there was a degree of panic about this yesterday when it dawned on govt we were all doing it #OneNorth pic.twitter.com/Ia7l25JEJk

The #onenorth campaign, which has seen journalists liveblog as they commute causing the campaign hashtag to trend on Twitter,  has been led by Yorkshire Post editor James Mitchinson.

James said: “The time has come to respectfully ask Prime Minister Theresa May for her leadership. Without a quality intervention from Mrs May, I cannot see how this government can restore the faith of the 15m people who live here, full stop.” 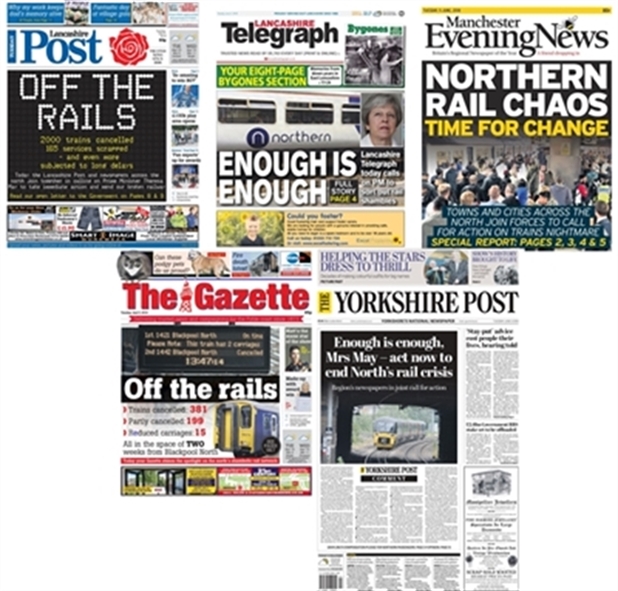