This week, local weekly newspapers are running the “All in, all together” campaign “Stay at home for the NHS, your family, your neighbours, your nation the world and life itself” as a cover wrap and online homepage takeover. Weekly publishers have welcomed the campaign calling it a ‘lifeline for the smaller, independent local publishers.’

The Government advertising campaign was announced by Michael Gove at the weekly press conference on 4 April when he said:  “Even as we unite in our efforts to defeat the virus we must also recognise that robust scrutiny is to be welcomed. It’s the duty of the media. Which is why we are acting to both share robust information and support our media by investing more in our government information campaign…”

“Robust scrutiny is to be welcomed; it is the duty of the media,” Michael Gove said in today’s Covid-19 briefing. Government will support media by investing more in its information campaign disseminated through national media, local newspapers and radio, he said. 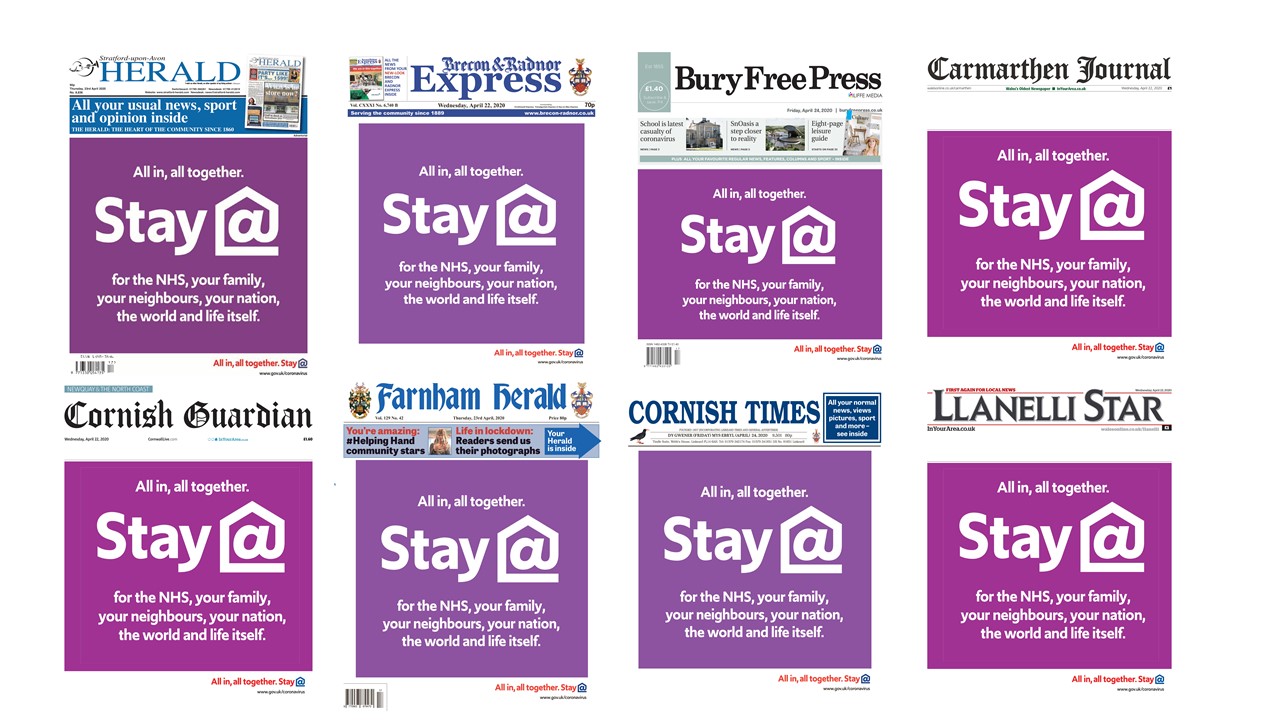 Independent Publishers Forum chairman and chief executive of Baylis Media Jeremy Spooner said: “I am delighted that the Government has decided to launch a public information campaign that will be delivered by news media organisations across the country over the next three months.

“This initiative is critical to the ability of our company to continue to publish its titles, The Maidenhead Advertiser and the Slough and Windsor Express, which are trusted and valued papers of record within the communities that they serve.

“If our titles were not published there would be a void of news and information that could be trusted. In using such titles, the Government is gaining tremendous value in delivering is message across our communities by using the most trusted medium.” 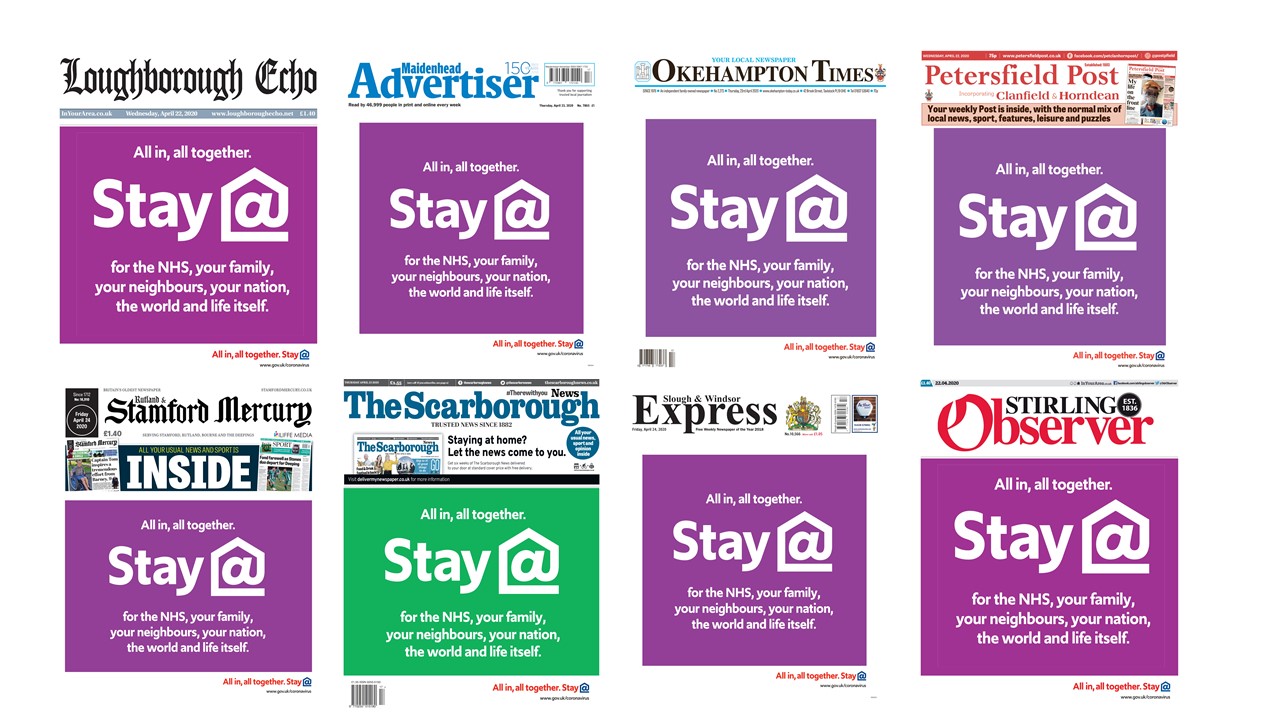 “By doing so the Government matches perfectly its need to reach deep into local communities whilst at the same time supporting companies such as ours who provide truly local journalism in small towns and villages.

“It is so important that this on the ground trusted reporting is sustained and I am so pleased that this has been recognised at this difficult time.”

Richard Boyden, managing director and owner of The Stratford Herald, said: “Founded in 1860 by my great grandfather, we are looking forward to celebrating our 160th birthday in July of this year!

“The ‘will’ of the Herald family is to come through the crisis and continue to fulfil our vital role of delivering quality, trusted and informative news and information to people in Stratford upon Avon and the surrounding towns and villages. The Stratford upon Avon Herald has proudly and resolutely remained ‘at the heart of the community since 1860.

“This ad campaign is not only a lifeline for the smaller, independent local publishers during the lockdown, but will ensure that the Government can get its public information messages across to local communities and local businesses using the most trusted and effective medium.”

Iliffe Media’s editorial director Ian Carter said: “We really welcome the Government campaign – it is a message we are delighted to get behind. It is also a massive display of confidence in the regional press and the unique ties we have to our communities. We have huge audiences, are trusted by readers and can deliver messages across our platforms in a way no other medium can.”

The “All in, all together” campaign idea was developed by the newspaper industry as a way of delivering Government communications in an intimate, human and compassionate tone that readers can relate to.

This campaign is part of a three-month advertising partnership between the Government and the newspaper industry, which includes a branded content element to further amplify public information, campaigns and messaging in a style and tone more familiar to readers.

Chancellor of the Duchy of Lancaster and Minister for the Cabinet Office Michael Gove said: “Newspapers are the lifeblood of our communities and we need them now more than ever. Their role as a trusted voice and their ability to reach isolated communities is especially vital at this time. With this campaign we are both saving lives by providing essential information to the public, and supporting cherished local institutions.”