News Media Association chief executive Owen Meredith spoke at the Power of Print seminar this week of the importance, effectiveness, and reach of print media and how newspapers are a unique and powerful platform for advertisers.

Speaking on the importance of local media, Owen said: “This week the NMA is running Journalism Matters week – championing the role of journalism in society. And there’s a very good reason for this – local journalism in print has also been shown to strengthen democracy.

“A recent study commissioned by Government found that for every percentage point growth in a local daily newspaper’s circulation, electoral turnout on its patch goes up by a similar margin.

Owen also spoke of the powerful impact of the front page: “Print continues to provide a powerful platform for our publishers and for journalism. The enduring power of the newspaper front page to create impact in a way in which no other media can. 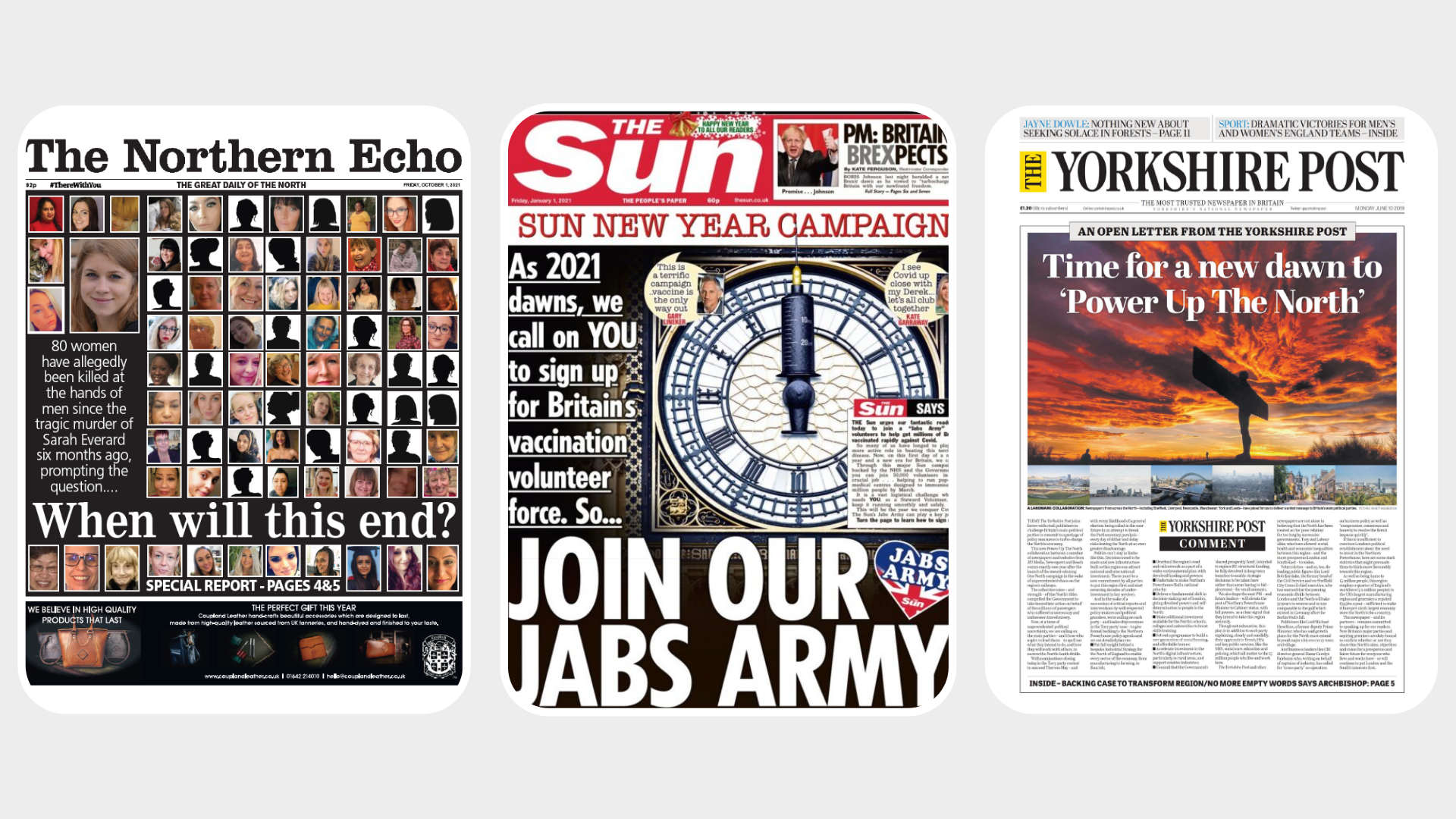 “Great newspaper front pages combine beautiful design and brilliant journalism with an editor’s sense of the public mood to convey a powerful message.

“And newspaper front pages are vital for campaigning journalism. If a title is campaigning on a particular issue and wants to deliver a message to the heart of power, then there is no better way to do so than on a front page delivered to Downing Street – a fact as true today as is has been for generations. 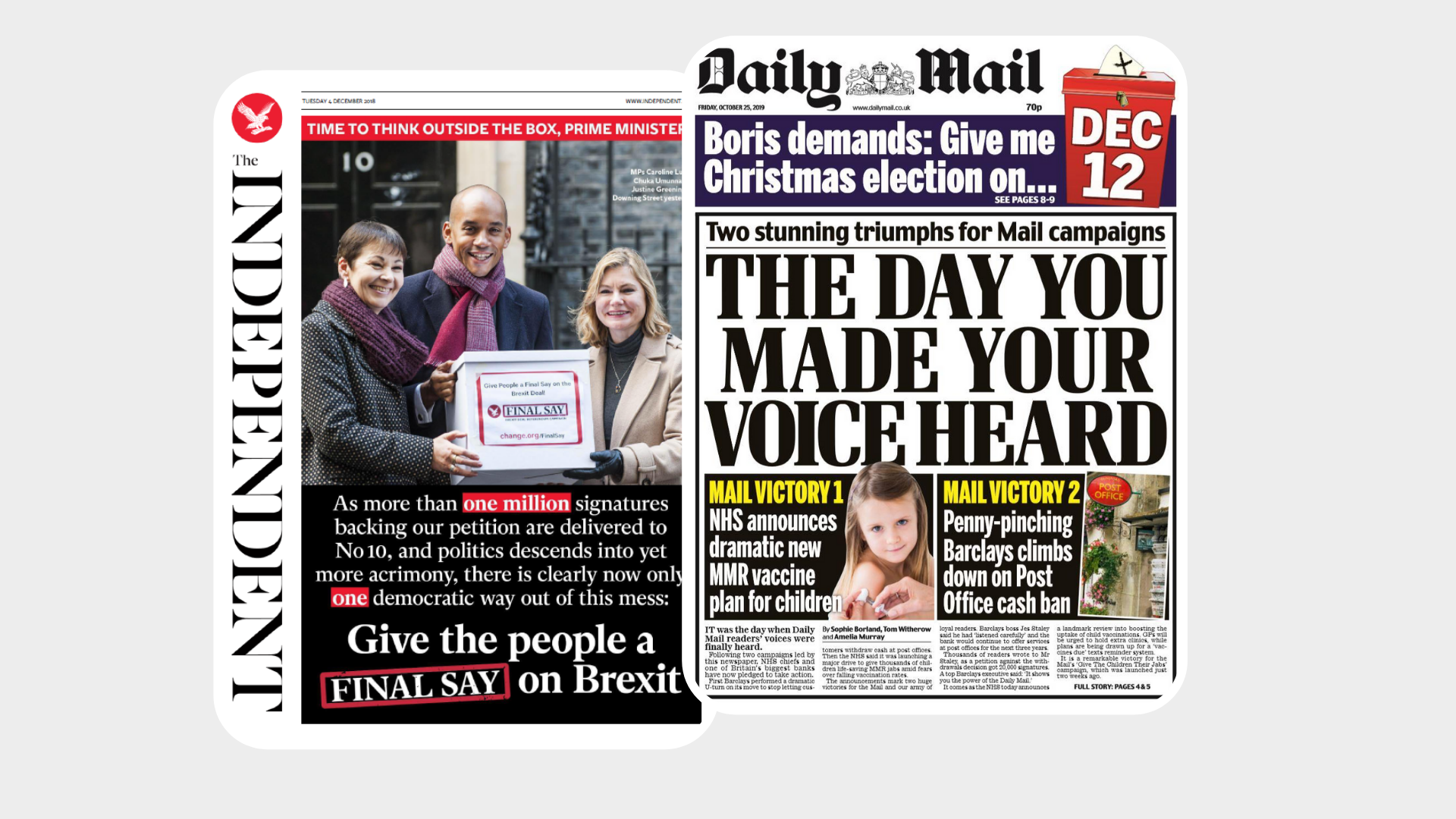 “Print is a powerful part of the media mix as it amplifies the message and travels well beyond the printed page.”

Speaking on the effectiveness of print advertising, Owen spoke of Newsworks’ published analysis of RAMetrics data which showed that print advertising is now delivering much stronger performances across key brand measures than it did a decade ago, increasing an impressive 67% between 2009/10 and 2019/2020.

Owen said: “As well as providing a compelling platform for journalism and holding the powerful to account, there is also a wealth of evidence to demonstrate not only the boost that print gives to advertising, but also the increasing effectiveness of print advertising over time.

“In a crowded digital world where competition for eyeballs and attention is intense, print environments provide a trusted, focussed environment which grabs the reader’s attention.

“Time and time again, research shows the importance for advertisers of appearing in a high-quality environment next to trusted content rather than risking the Wild West of the social media platforms.”

Owen also cited the TGI data analysis by Magnetic which demonstrated adverts in print (in both newspapers and magazines) significantly over index on trust – by around three times, compared to social networks and other websites, as well as drawing on Newsworks’ latest research ‘The Bottom Line’ which utilised a decade’s worth of effectiveness data to demonstrate how brands can boost profit margins by as much as £1 billion from optimising investment in news brands.

The Government’s ‘All Together’ public health campaign, which ran across hundreds of national, regional and local titles during the pandemic, showed an example of a large national advertising using newsbrands’ print and digital channels in combination to deliver an effective and powerful campaign. 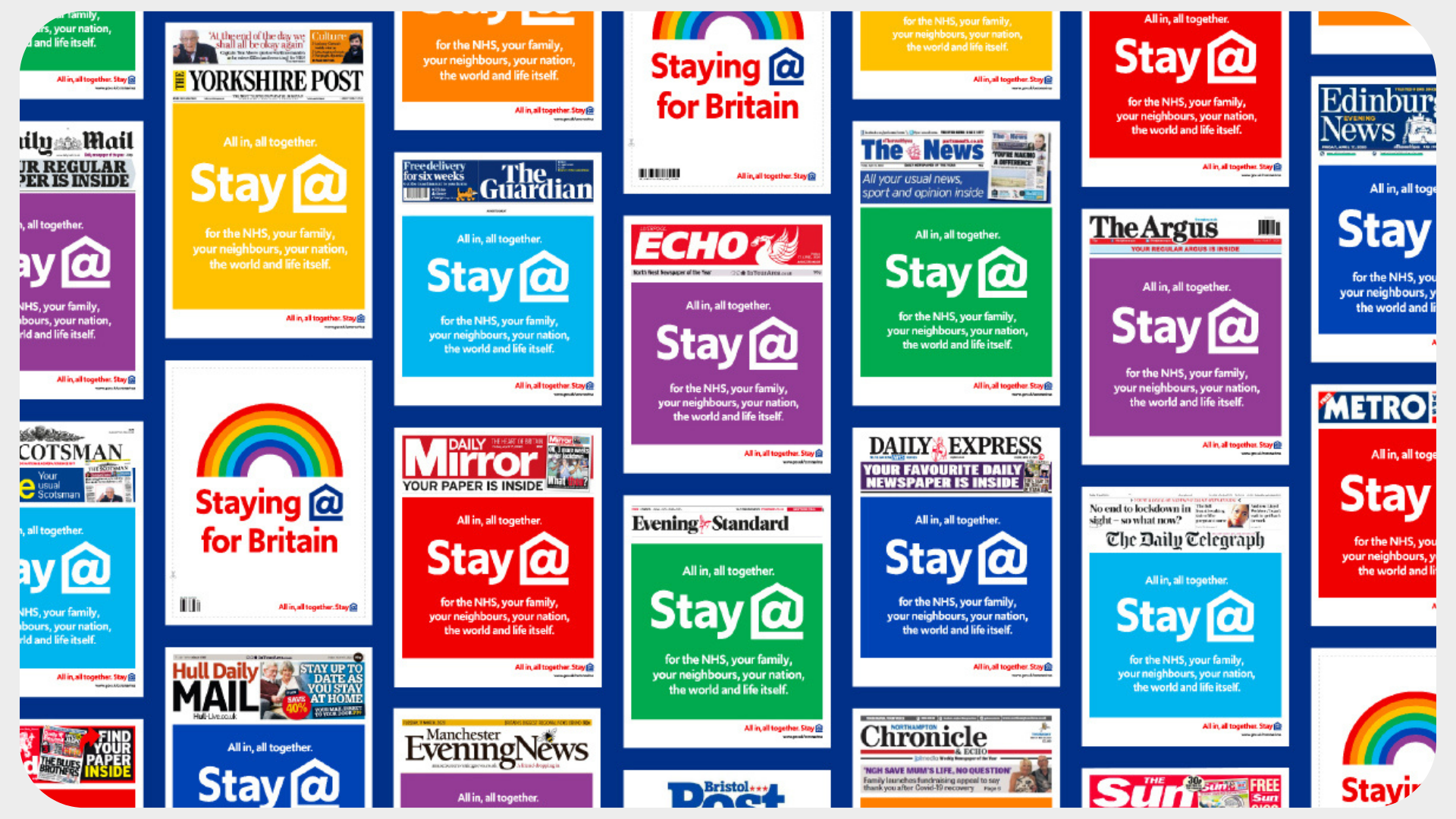 “Ultimately, while print advertising can more than hold its own against digital, the context of highly trusted journalism is what wins the day, and the best results are seen when newsbrands print and digital channels are used together.  A uniquely powerful tool for story-telling, brand building and campaigns.”

Owen also spoke of the deep, trusted and unique relationship readers have with their newspapers, quoting the IPA TouchPoints data which revealed that readers spent 24 per cent longer reading print news brands during lockdown, demonstrating how people turned to their printed newspaper during the coronavirus pandemic.

Owen said: “Publishers responded to the lockdown restrictions by clubbing together under the delivermynewspaper initiative which saw a surge in new customers. Some publishers offered free newspapers to readers through the scheme, boosting audiences and bringing people together.

“This importance of printed newspapers during the pandemic was seen across the country in other ways. In East Lothian for example local community groups across the county launched a coordinated initiative to deliver hundreds of copies of the weekly East Lothian Courier to residents to provide a vital boost during lockdowns.

“In Shropshire, the daily regional paper their paper was sent heartfelt messages of support from readers explaining how important it was for them to continue to receive the paper in unprecedented times.

Owen also spoke of the importance of journalism tackling climate change: “It is only through robust public debate and scrutiny will we find the innovative solutions to the immense challenges that the climate crisis presents. A research poll, conducted by OnePoll and published just this morning, reveals that two thirds of the UK population are relying on news brands to inform them about the climate crisis – and to tackle the misinformation that is rife online.

“Journalists reporting on the undoubted way our climate is changing have driven public debate and public opinion, informing and educating the population about the threat from climate change, which in turn drives corporate and political action.

“And I do not need to tell this audience that newsprint is an environmentally sound, renewable resource.

Owen concluded: “For many publishers, digital has brought about opportunities to create and deliver journalistic content in different ways to both new and existing audiences. These help publishers reach a greater audience than ever, and now reaching 49 million people across the UK every month – 26 million of those in print.

“So for all the reasons I’ve outed, and many more, print remains a hugely important part of the mix, delivering value, impact and advertising effectiveness in a way that no other medium can.”