Deputy Prime Minister Dominic Raab MP has pointed to News Media Association evidence submitted to the consultation on reform of the Human Rights Act which stresses the importance of seizing the opportunity to strengthen freedom of expression.

During topical questions this week Mr Raab was asked by Aaron Bell MP if he could “reassure me, my constituents, journalists across the country and the wider public” that he will do “whatever it takes” to support the freedom of the press and freedom of speech.

In response, Mr Raab drew Mr Bell’s attention to NMA evidence which talks about the specific proposals to “strengthen and reinforce freedom of expression and media rights as critically important, alongside the other work we are doing.”

Speaking to the Daily Mail this week, NMA director of legal Sayra Tekin said: “The review of the Human Rights Act represents an important opportunity to strengthen the right to freedom of expression and, in particular, to protect press freedom.

“This will better enable journalists to do what they do best carrying out their vital role in society, holding the rich and powerful to account on behalf of the public. We are pleased that Ministers recognised this when launching the review.

“As the review moves forward, we look forward to working with government to ensure that the new regime has the right to freedom of expression at its heart, creating the conditions for independent journalism to thrive.” 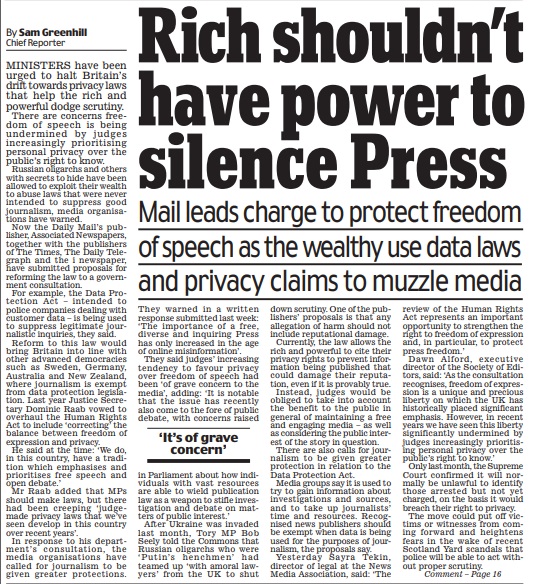