Skip to main content
Back to case studies
The Hereford Times

The Hereford Times ‘Save the Wye’ campaign launcheed to bring greater attention to the plight of the river Wye, which was at great peril from phosphates pollution.

The Times’ highlighted the problem arising from phosphates entering the river from farms and sewage plants. The phosphates lead to ‘blooms’ of algae, that smothers vegetation and deprives oxygen from the water, killing fish.

The campaign sought to draw attention this plight, and to press authorities for co-ordinated action to address the pollution causes.

The campaign received backing from Herefordshire South and Hereford MP Jesse Norman. He said: “I am delighted that the Hereford Times is lending its considerable voice and heft to our vital campaign to clean up the Wye.

“We will only solve this problem if everyone can work together in an integrated and long-term way. Politicians and government must play their part, as well as councils and agencies.

“The Hereford Times will help the wider public to be better informed, and it will help this directly involved to stay focused on the long-term goal of cleansing up the river from source to mouth.”

The campaign was a part of the Times’ monthly OnePlanet print supplement, which was launched last year to give a greater profile to grassroot action, highlighting and addressing climate change and environmental matters in Herefordshire.

As a result of the campaign, the river Wye is now receiving urgent attention by local and national Governments, as well as statutory agencies. 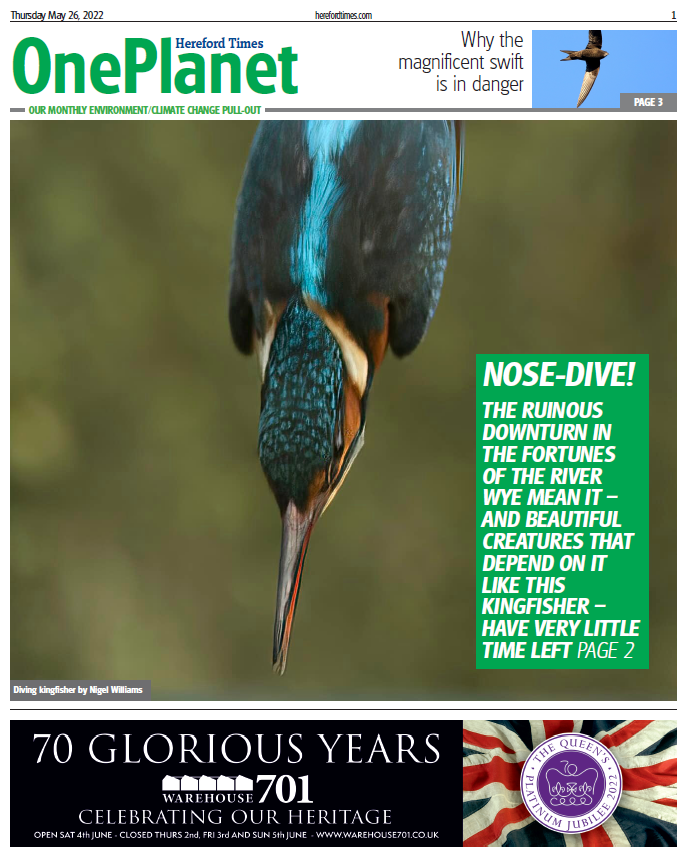 "I am delighted that the Hereford Times is lending its considerable voice and heft to our vital campaign to clean up the Wye."