Skip to main content
Back to case studies
The Guardian

The Guardian published the global story, the Uber Files, that began with a whistleblower’s leak to the newspaper, showing how the company flouted laws, duped police, exploited violence against drivers and aggressively lobbied Governments during its global expansion.

The documents indicated Uber was adept at finding unofficial routes to power, applying influence through friends or intermediaries, or seeking out encounters with politicians at which aides and officials were not present.

To facilitate a global investigation in the public interest, the Guardian shared the data with 180 journalists in 29 countries via the International Consortium of Investigative Journalists. 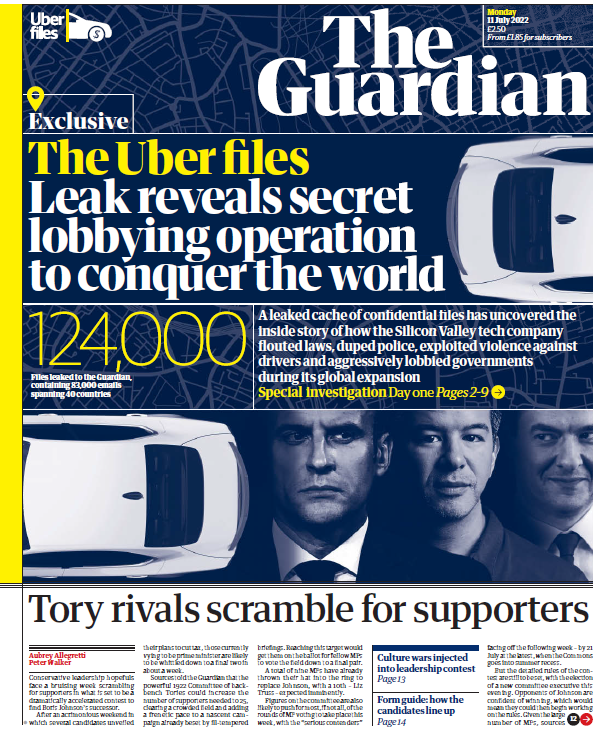