The world’s media is gearing up to cover the wedding of Prince Harry and Meghan Markle in Windsor on Saturday, with the News Media Association working with the Royal Households and Cabinet Office to ensure access for local and national news media.

Through the Royal Rota system – which facilitates access to Royal events – the NMA has helped ensure reporters, photographers and videographers from national and local news media will be able to cover the event.

For the wedding, national and local newspapers will cover the event with reporters and photographers stationed both inside Windsor Castle grounds and along the processional route.

Both the town’s local titles – the Windsor Express and the Royal Borough Observer – have reporters inside the castle grounds for the ceremony as well as photographers at key positions.

The NMA has also helped to facilitate photographer positions for eight wire services, working alongside the WPA and other bodies representing photographic agencies and freelance photographers.

The NMA has also handled rota engagements for key events in the lead up to the wedding including viewing the carriage; Windsor Castle kitchens in action, the floral displays being selected and the cake designer at work.

Managed on behalf of the industry by the NMA, the royal rota helps local and national member publishers to access and cover hundreds of high profile royal events across the UK each year. 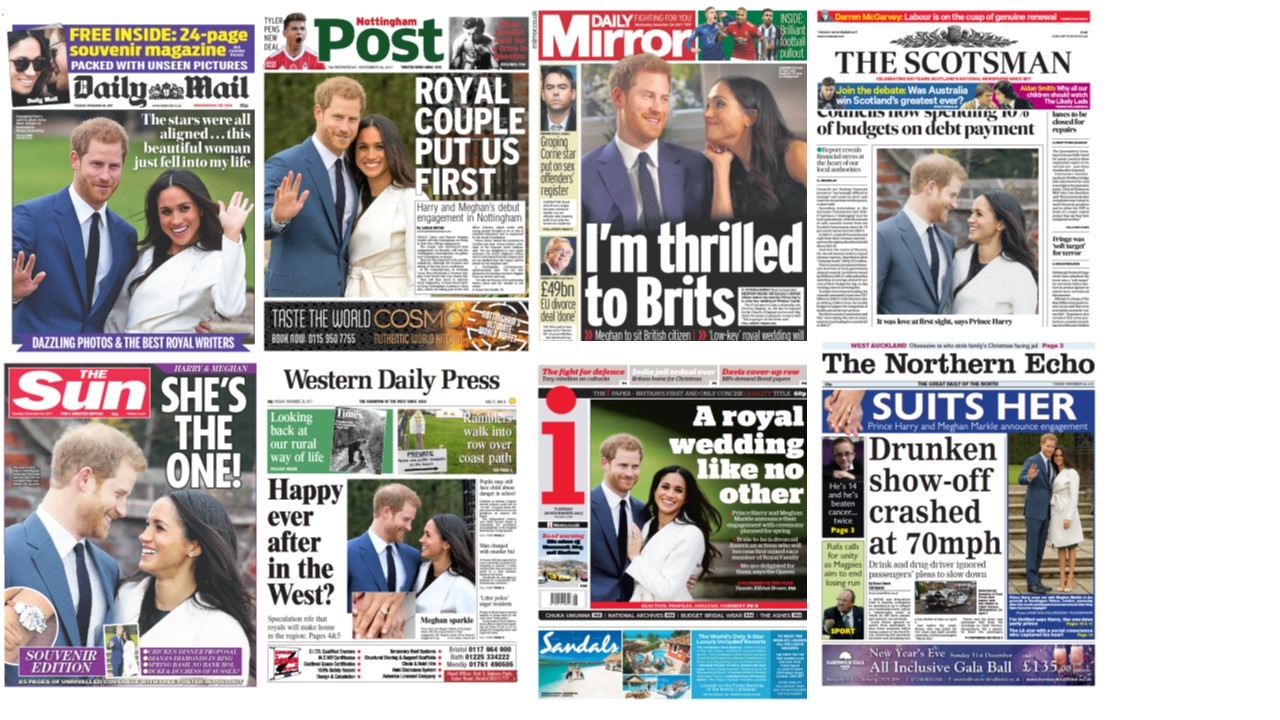