The latest examples include The Times’ investigation into Oxfam which uncovered senior aid workers’ use of prostitutes in Port-au-Prince during a relief effort in 2010 and the Wolverhampton Express & Star’s three year investigation into police handling of a murder case.

The result of The Times’ revelations saw Oxfam barred from operating in Haiti while internal investigations took place and the staff involved in the incident was sacked and high profile figures distancing themselves from the charity.

While the Express & Star’s investigation saw a year-long Freedom of Information drive successfully to ensure a dossier of failings from the case made public for the first time.

The news media industry is the leading investor in producing original news content such as investigations and campaigns – more than half of all investment in news in the UK comes from newsbrands.

Local, regional and national newspapers play an crucial role in civic life acting as the public’s watchdog. By scrutinising and holding power to account on behalf of their readers through investigations and campaigns, newspapers help to underpin the democratic process.

Other new showcased examples include The Observer’s investigation into Cambridge Analytica and their use of Facebook users’ data and Johnston Press’ Investigations Unit examination into knife crime.

The Cambridge Analytica investigation caught international interest with Facebook’s Mark Zuckerberg being summoned to testify before Congress and the European parliament, and a series of witnesses asked to appear before the DCMS Select Committee. 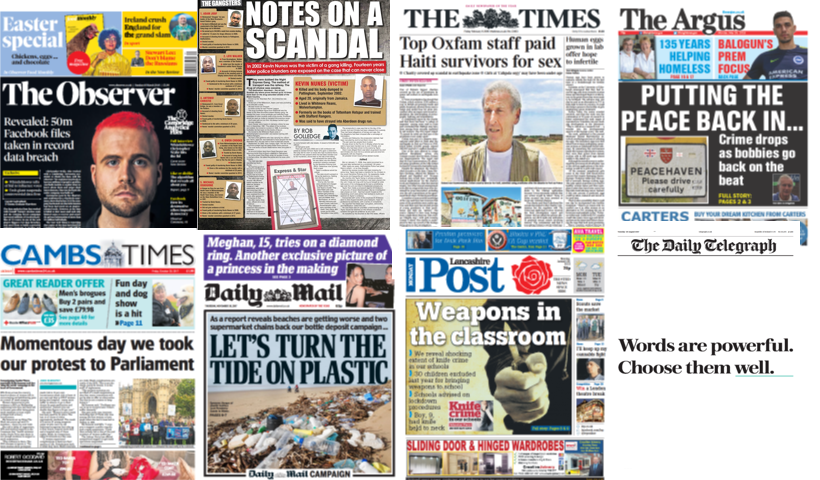